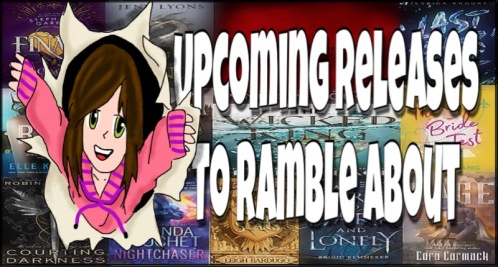 And we are in February… times just gets away from me and I hardly notice… except when it comes to deadlines and books… and since we are here for the latter.. let me tell you I have quite the good selection for you guys, contemporary, historical fiction, fantasy.. a little bit of everything even one about con artists.. Let’s check them out..

This post contains affiliate links (Kindle releases when available). I may receive a small commission (at no cost to you) if you purchase something through the links provided when clicking on the images. This small income goes back into my blog, so I can continue to create fun content for you. I appreciate every single one of you who take the time to read and comment on my blog and I wanted to be upfront and honest. Thank you for your support!

Lacey Barnes has dreamed of being an actress for as long as she can remember. So when she gets the opportunity to star in a movie alongside one of Hollywood’s hottest actors, she doesn’t hesitate to accept the part.

But Lacey quickly learns that life in the spotlight isn’t as picture perfect as she imagined. She’s having trouble bonding with her costars, her father has hired the definition of a choir boy, Donavan Lake, to tutor her, and somewhere along the way she’s lost her acting mojo. And just when it seems like things couldn’t get any worse, it looks like someone on set is deliberately trying to sabotage her.

As Lacey’s world spins out of control, it feels like the only person she can count on—whether it’s helping her try to unravel the mystery of who is out to get her or snap her out of her acting funk—is Donavan. But what she doesn’t count on is this straight-laced boy becoming another distraction.

With her entire future riding on this movie, Lacey knows she can’t afford to get sidetracked by a crush. But for the first time in her life Lacey wonders if it’s true that the best stories really do happen when you go off script.

When Sybella accompanies the Duchess to France, she expects trouble, but she isn’t expecting a deadly trap. Surrounded by enemies both known and unknown, Sybella searches for the undercover assassins from the convent of St. Mortain who were placed in the French court years ago.

Genevieve has been undercover for so many years, she no longer knows who she is or what she’s supposed to be fighting for. When she discovers a hidden prisoner who may be of importance, she takes matters into her own hands.

As these two worlds collide, the fate of the Duchess, Brittany, and everything Sybella and Genevieve have come to love hangs in the balance.

When destiny calls, there’s no fighting back.

Kihrin grew up in the slums of Quur, a thief and a minstrel’s son raised on tales of long-lost princes and magnificent quests. When he is claimed against his will as the missing son of a treasonous prince, Kihrin finds himself at the mercy of his new family’s ruthless power plays and political ambitions.

Practically a prisoner, Kihrin discovers that being a long-lost prince is nothing like what the storybooks promised. The storybooks have lied about a lot of other things, too: dragons, demons, gods, prophecies, and how the hero always wins.

Then again, maybe he isn’t the hero after all. For Kihrin is not destined to save the world.

He’s destined to destroy it.

Welcome to Vale Hall, the school for aspiring con artists.

When Brynn Hilder is recruited to Vale, it seems like the elite academy is her chance to start over, away from her mom’s loser boyfriend and her rundown neighborhood. But she soon learns that Vale chooses students not so much for their scholastic talent as for their extracurricular activities, such as her time spent conning rich North Shore kids out of their extravagant allowances.

At first, Brynn jumps at the chance to help the school in its mission to rid the city of corrupt officials—because what could be better than giving entitled jerks what they deserve? But that’s before she meets her mark—a senator’s son—and before she discovers the school’s headmaster has secrets he’ll stop at nothing to protect. As the lines between right and wrong blur, Brynn begins to realize she’s in way over head.

Paris is a labyrinth of twisted streets filled with beggars and thieves, revolutionaries and magicians. Camille Durbonne is one of them. She wishes she weren’t…

When smallpox kills her parents, Camille must find a way to provide for her younger sister while managing her volatile brother. Relying on magic, Camille painstakingly transforms scraps of metal into money to buy food and medicine they need. But when the coins won’t hold their shape and her brother disappears with the family’s savings, Camille pursues a richer, more dangerous mark: the glittering court of Louis XVI and Marie Antoinette.

Using dark magic forbidden by her mother, Camille transforms herself into a baroness and is swept up into life at the Palace of Versailles, where aristocrats both fear and hunger for magic. As she struggles to reconcile her resentment of the rich with the allure of glamour and excess, Camille meets a handsome young inventor, and begins to believe that love and liberty may both be possible.

But magic has its costs, and soon Camille loses control of her secrets. And when revolution erupts, Camille must choose—love or loyalty, democracy or aristocracy, reality of magic—before Paris burns.

The Kaiser murdered Theodosia’s mother, the Fire Queen, when Theo was only six. He took Theo’s country and kept her prisoner, crowning her Ash Princess–a pet to toy with and humiliate for ten long years. That era has ended. The Kaiser thought his prisoner weak and defenseless. He didn’t realize that a sharp mind is the deadliest weapon.

Theo no longer wears a crown of ashes. She has taken back her rightful title, and a hostage–Prinz Soren. But her people remain enslaved under the Kaiser’s rule, and now she is thousands of miles away from them and her throne.

To get them back, she will need an army. Only, securing an army means she must trust her aunt, the dreaded pirate Dragonsbane. And according to Dragonsbane, an army can only be produced if Theo takes a husband. Something an Astrean Queen has never done.

Theo knows that freedom comes at a price, but she is determined to find a way to save her country without losing herself.

Kitty was not only beautiful but also incredibly intelligent—except when it came to relationships. It seemed if a guy was a loser, corrupt, deadbeat or unavailable, she was completely and utterly attracted to him. She definitely had a “type,” and all of them had been one bad decision after another.

Dallas had trouble of his own. Finding women wasn’t a problem—he could charm the pants off almost anyone—but most of those “pantless” women ended up being a few bananas short of a fruit basket. Not always the best candidates for his sex-without-strings philosophy. He was one date away from ending up a 60 Minutes special.

While both of them were at the top of their game professionally—she a high-powered executive assistant, and he one of the best tattooists in the city—their personal lives had become a dumpster fire.

No one in their right mind would have suggested they join forces to help each other wade through the crazy. Surely that was a recipe for disaster? But without reason, logic or even sanity on their side, they decided to do it anyway.

It was a hot mess primed for a head-on collision.

What are your most anticipated releases for this week? Let me know all about them in the comments…

I'm Michelle I’ve been an avid reader for most of my life, I love getting lost in a new adventure whenever I pick up a book. Being able to experience so many different emotions, perspectives, struggles it’s an amazing treat. Also being able to discuss, gush and fangirl like crazy about my favorite reads with fellow readers, that's the reason behind my blog. So, I sincerely hope you enjoy your visit to my little bookish corner of the world. View all posts by chellesbookramblings

4 thoughts on “Upcoming Releases to Ramble About – February 4th, 2019”

My Tweets
Michelle's ReaderRank
Michelle has reviewed 1649 books with an average rating of 3.547 out of 5.
302 people have found Michelle's written reviews to be helpful on Goodreads.
See more...