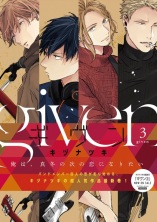 High schooler Ritsuka Uenoyama is the electric guitarist for a band composed of
himself, bassist Haruki Nakayama, and drummer Akihiko Kaji. He becomes a
reluctant guitar teacher to Mafuyu Sato, a shy classmate, after repairing the broken
strings on Mafuyu’s Gibson ES-330. Ritsuka quickly realizes that Mafuyu is an
exceptionally talented singer, and invites him to join the band.

For those out there who love music (or have ever dream of becoming part of a band)  and romance this manga will warm your heart… It might come as the typical high school romance at first (mind you that it is Yaoi – M/M romance.) but it has so much more emotional power behind that… 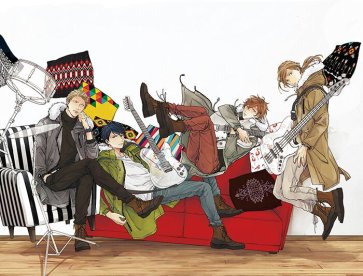 The characters grow and develop steadily throughout the story, they go through loss, acceptance, and everyday life as a struggling musician. And that is where this manga won me over. Music plays such an important role in it… Not only because we are dealing with a band but because of how music heals, connects and gives meaning to life in many cases.

It also amazes me how the author could put such emotion on her drawings in order for the reader to “hear” their voices when they sing… I kid you not, it was like you are listening to the heartwrenching sounds of their voices..

Which has me intrigued with the anime version I wish to see if it has the emotional punch the manga does. (so far, so good from what I’ve seen)

Hope you guys give this manga a try you won’t regret it.

I'm Michelle I’ve been an avid reader for most of my life, I love getting lost in a new adventure whenever I pick up a book. Being able to experiences so many different emotions, perspectives, struggles it’s an amazing treat. Also being able to discuss, gush and fangirl like crazy about my favorite reads with fellow readers, that's the reason behind my blog. So, I sincerely hope you enjoy your visit to my little bookish corner of the world. View all posts by chellesbookramblings